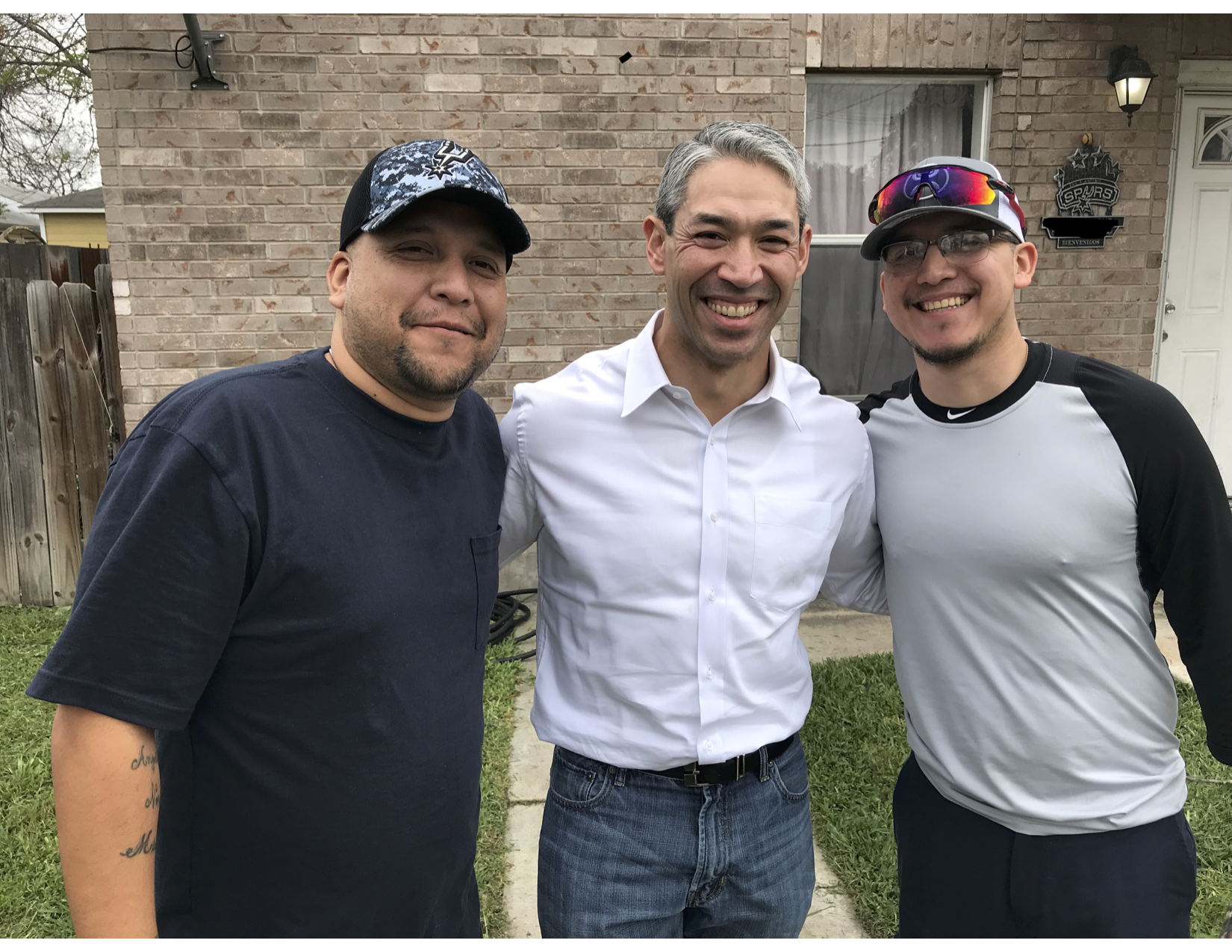 Meet Fabian Sr. who is a freight hauler and his son Fabian Jr. who works in the food processing business. They live on the Westside which is where they were raised. Dad tells us he loves San Antonio because “It feels like a family-oriented city. Everyone says hello to their neighbors.” His son says, “I love that everybody watches our for each other  in San Antonio. And I love the Cowboys and the Spurs.” They are both supporting Mayor Ron for re-election. Junior tells us “I think he (Mayor Ron) is making a difference for San Antonio. Little by little he’s making a positive impact, definitely when it comes to fighting crime.” His father tells us it was great to meet the Mayor whom he called “humble and kind.” Fabian Sr. said he had never had a Mayor of San Antonio visit his house in all his years of living in the neighborhood. #BuildingTheCityYouDeserve #TeamSA #RonForSA2019