Hit enter to search or ESC to close
Lavaca 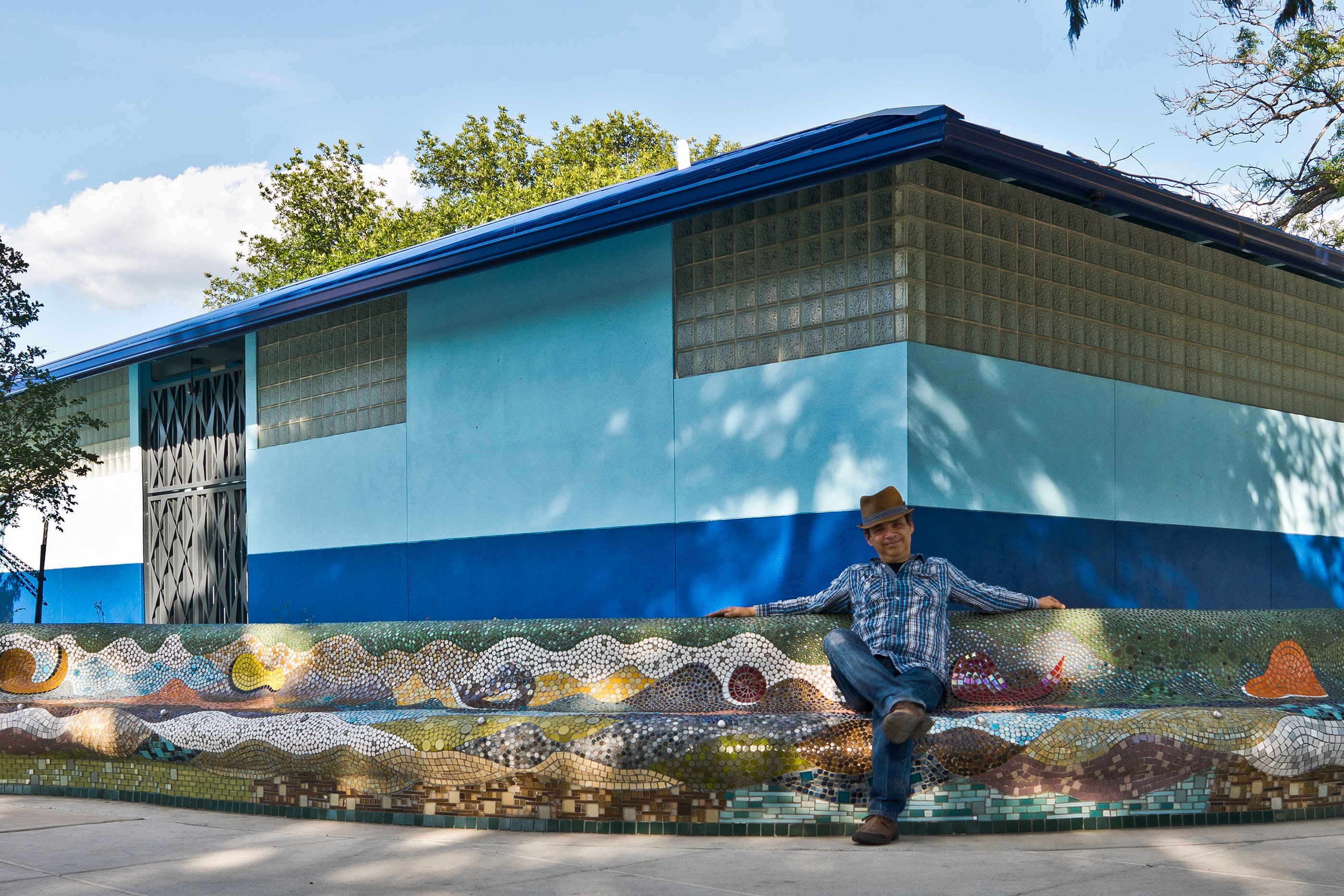 Meet Oscar Alvarado, whose art you may know from his distinctive sculptures covered with thousands of pieces of tile and glass at Museo Alameda, Yanaguana Garden, and Mission Trail Baptist Hospital.

Oscar lives in the Lavaca Neighborhood, but he works on his art at the artisan community, A Thousand and One Studios, at IH-10 and Roosevelt Avenue where they are making a big statement for Mayor Ron. Oscar’s signs for Ron are clearly visible from the highway and much appreciated.

“Ron has character. I think he’s a gentleman,” said Oscar who is a direct descendant of Jose Antonio

Navarro. Oscar’s family has lived in San Antonio 280 years. “I think he (Ron) approaches his job in a thoughtful way. And I think he really does make true change for the better in San Antonio.”

Oscar says he is supporting the Mayor for re-election, partly because of his deep love for his city. “We’ve got a true culture that’s not only intact but also significant. And the music. Tejano. Cojunto was born here. San Antonio has managed to keep that. Let’s continue to be the people we really are.”