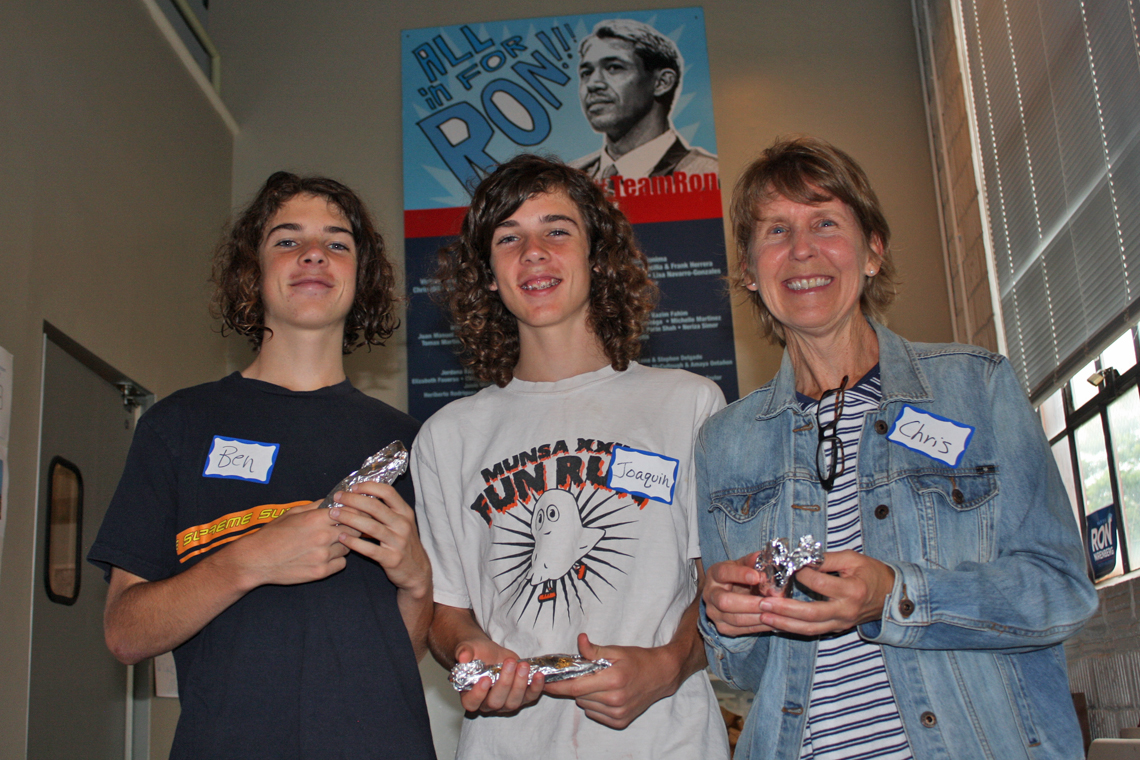 Meet Chris Quintanilla and her sons Ben & Joaquin. They live in the Westfort neighborhood near Ft. Sam. The boys are 13-year old 7th graders at Young Mens Leadership Academy. Chris has lived in San Antonio since 1989. She says she loves San Antonio “because of the people: friendly, compassionate and fun people – people whom I know will turn out to vote for Ron in June.”

The family has “adopted” their neighborhood to get-out-the-vote. They plan to block walk their entire community in order to remind voters to get to the polls for the Election Runoff. Chris says they are doing this for the Mayor because they “see him as a role model with outstanding character and strong family values.” Chris says she especially relates to the Mayor’s desire to build a city that all children deserve. Plus, they are pleased that the Mayor is addressing the very serious issues of safety and transportation. Chris plans to have her sons work their local poll on Election Day to see for themselves if their block walking helped to drive voters to the polls. #MeetYourNeighbor #BuildingTheCityYouDeserve